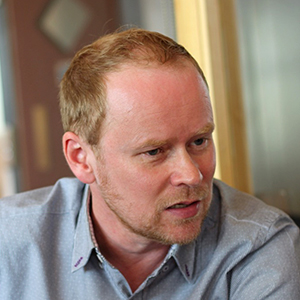 Despite the take-down of 3ve announced in November 2018, exploitation of vulnerabilities in the ads.txt system designed to remove fraudulent activity in the programmatic supply chain continues apace, with the sporadic and long running 404bot continuing to be active.

Larger organisations are starting to get a handle on mitigation of ad fraud; SME are more impacted

Because SME, including digital agencies, don’t generally have the resources or know-how to gain visibility of their exposure to fraud, nor the data that mitigate against ad fraud, fraud in this sector contains at high levels.

Unilever’s chief executive Alan Jope said it was “…miles ahead of the pack in eliminating ad fraud”, reducing the nefarious practice to single-digit proportions of spend, compared with what he claimed was 20-30% for many peers [The Drum, Aug 2019].

Even with this “Global consumer products companies waste roughly $50 billion, or more than half, of their collective investments in digital marketing and trade spending…” [Marketingdive, 2019]

A study by Forrester found 69% of brands spending $1 million per month reported that at least 20% of their budgets were being lost to digital ad fraud.

The Wall Street Journal reported that about 28% of website traffic likely came from bots and other “non-human signals”.

The Digital Ad Fraud 2019 report by eMarketer says that recent estimates for ad fraud vary from $6.5 billion to as high as $19 billion.

Global ad fraud is predicted to cost an unprecedented $23bn this year and could reach $30bn including indirect economic and social costs, according to the report ‘The Economic Cost of Bad Actors on the Internet, Ad Fraud 2019,’ by cybersecurity company Cheq, as reported in The Drum.

According to Powertraffic “20% of Pay-Per Click ad clicks are fraudulent” relating to Google PPC; figures are much harder to come by for promoted posts on social media platforms, with Facebook being the big player, included business-friendly LinkedIn, along with Twitter and others. Beacon sees bot numbers of between 25% and 80% on social media channels, very much channel & message dependant; we’ve averaged this out to 30% for our digital marketing ROI improvement calculator.

By reducing bot impact over time, along with a better understanding of user engagement given to you by Beacon, we predict that engagement will increase by an average of 10%.

6th October 2020 Discovering The Secrets Of The Customer Journey

What Is A Digital Marketing Strategy? Do You Need One?

Is Artificial Engagement Impacting Your Marketing?
This website uses cookies to better the users experience. Find out more.