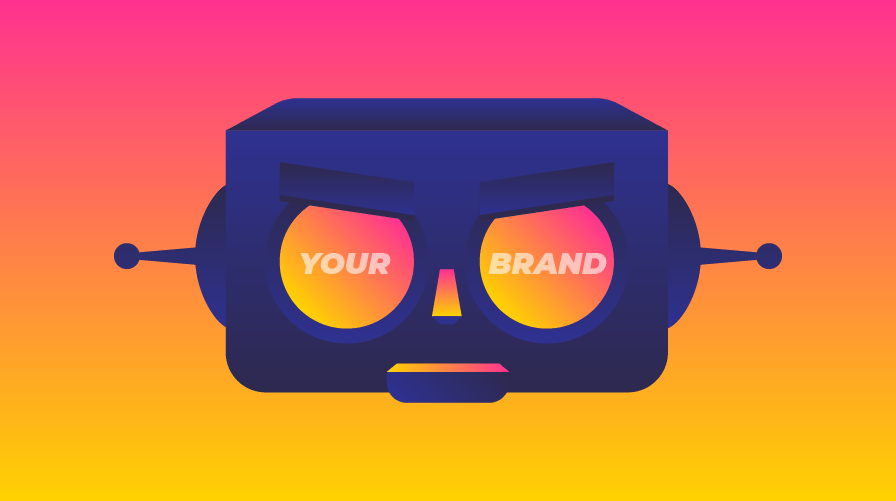 Digital ad fraud is more than just lost revenue. It can affect your brand reputation if your adverts appear alongside problematic content.

Not monitoring your online advertising could mean your brand is inadvertently helping human traffickers, terrorists or being associated with other criminal activity.

Best known for his coverage of profit-seeking cybercriminals, Brian Krebs warned in his blog of a new email-based extortion scheme which was doing the rounds in February this year targeting website owners serving banner ads through Google’s AdSense program.

In this scam, the fraudsters were demanding bitcoin in exchange for a promise not to flood the publisher’s ads with bot and junk traffic – something which would cause Google’s anti-fraud systems to suspend the AdSense account for suspicious traffic.

However, Google said that while it heard a lot about the potential for sabotage, it was very rare in practice. Adding: “We have built some safeguards in place to prevent sabotage from succeeding,” the statement explained. “For example, we have detection mechanisms in place to proactively detect potential sabotage and take it into account in our enforcement systems.”

The most robust figures available from the Crime Survey of England and Wales, according to the UK’s National Crime Agency, are from 2016-17 and show 3.4 million incidents of fraud reported across all categories. But the NCA believes fewer than 20 per cent of all fraud incidents are actually notified to the authorities.

Digital crime and ad fraud makes up a small percentage of overall fraud, but often involves high amounts of money or valuable data information, which is then used to commit more offences – stolen databases, email addresses or ID fraud are common.

Ciaran Martin, CEO of the National Cyber Security Centre, said the NCSC recorded 34 significant cyber attacks (those which typically require a cross-Government response) between October 2016 and the end of 2017.

According to the National Fraud Intelligence Bureau (NFIB), part of City of London Police, so far in 2020 there have been 22,812 reported incidents of cyber crime costing £7.5m in reported losses.

Also back in 2017, desktop click fraud rose from 20 to 25%, a trend which continued in 2018 up to 27%, and economists at the University of Baltimore have found that at present, one-in-ten ad-clicks across all eCommerce campaigns are fraudulent.

Click fraud across all paid and social media spend is set to rise to a massive $23.7 billion, according to the study.

How Does Ad Fraud Affect My Brand Reputation?

During the middle of the coronavirus chaos, Facebook made headlines when The North Face announced they were pulling their ad spend from the platform.

The company issued a fairly damning statement, saying it was halting ads: “Until stricter policies are put in place to stop racist, violent or hateful content and misinformation from circulating on the platform.”

Stop Hate for Profit (SHfP) organised the boycott in July of this year as part of an ongoing project to hold social media companies accountable for hate on their platforms.

The campaign is run jointly by NAACP (National Association for the Advancement of Colored People), the Anti-Defamation League (ADL,) Color of Change, Free Press, and Sleeping Giants.

SHfP followed up with a September Week of Action which it estimated reached one billion people globally on social media. This included an Instagram and Facebook posting freeze which saw a long list of celebrities offering support.

Facebook responded with a lengthy post in which the platform claimed it was: “Taking steps to review our policies, ensure diversity and transparency when making decisions on how we apply our policies, and advance racial justice and voter engagement on our platform.”

Brand risk is a real problem for digital marketers. Programmatic advertising may have removed much of the tedious repetition for placing ads, but it’s also brought with it new problems, including gaps in quality.

In our blog about artificial engagement affecting your marketing, we discussed our support for the Data & Marketing Association (DMA) initiative on Artificial Engagement. The DMA is working with The Digital Marketing Hub in Leeds and Manchester to help gain an understanding of the impact of Artificial Engagement on marketing professionals and their organisations.

Removing the human element has made ad-buying more efficient, but it has also led to the type of issues which caused the social media boycott mentioned earlier – company adverts appearing alongside content which is offensive – or illegal – on YouTube and other platforms.

There’s also the other associated issue with programmatic advertising; content reaching bot accounts not real people. Something else we’ve been actively involved in highlighting here at Beacon.

Blacklisting, white listing tools and other security solutions are evolving to help digital marketers with their ad campaigns, but as these get smarter, so do the bots, and the criminal gangs which operate them.

Delivering targeted ads, while ensuring they’re placed in brand safe environments and away from the fraudsters, is a continuing battle.

CEO and co-founder of Sqreem Technologies, Ian Chapman-Banks, writing for The Drum, said a fully automated AI system would go a long way to empower advertisers to examine different aspects of brand safety.

He went on to add: “AI systems enable marketers to look beyond using just the usual social media platforms. They not only offer precision targeting of ads, but can also perform real time volume data processing to self adjust and optimise campaigns.

This ability to process huge amounts of data including real time reading and assessment of sites for content and context, can also provide a more enhanced safety net to the entire targeting and ad-buying process.”

Luckily tools like Beacon can help to reduce a lot of the uncertainty about where your adverts are reaching and whether they’re being seen by real people and not just bots.

How Beacon Combats Ad Fraud and Protects Your Brand

When you install Beacon we use a tracking code on your website which will monitor every link clicked and website visit you receive from each unique Beacon Link you create for your digital marketing and social media campaigns.

This gives you detailed analytics which you can monitor to see how people interact with every channel you use for your campaigns. It also brings valuable insight and intelligence into the behaviour of a visitor once they land on your website, no matter which platform they arrive from.

Our Click Bot Indicator can also give you vital information so you can learn which channels drive the most confirmed human visitors, allowing you to allocate your marketing budget to reach actual people.

Beacon can accurately identify fraudulent clicks and differentiate them from clicks by ‘real’ humans; at a campaign level, channel level and individual link level. Our cost per visit calculator also lets you see an estimate of how much each link click is costing you across all PPC campaigns.

While there is no single solution to preventing ad fraud from affecting your brand reputation, there are steps you can take to help mitigate against it. Using the tools which are already available will cut down on potential risk, especially for those adverts which are placed through programmatic advertising.

Make sure you’re monitoring where your adverts are being placed and use third-party brand safety blacklists which identify websites with problematic content. You can also use web-crawlers to monitor your programmatic ad spend to ensure ads remain within relevant categories and double check any landing page where an advert shows up.

For your digital marketing campaigns, use the built-in analytics on each platform in combination with both Google Analytics and tools like Beacon to make sure your campaigns are being seen by real people and not bots.

While a fully automated AI system would go a long way to empower advertisers to examine brand safety and protect against ad fraud and brand risk, there are still steps which you can take right now.

Transform your digital marketing campaigns and help protect your brand reputation by taking a look at the features Beacon offers. You can chat to us informally or book a Beacon Demo at any time.

How to create an effective marketing campaign

8 Ways To Ensure Your Christmas PPC Campaign Is Successful
[if lte IE 8]
[if lte IE 8]
This website uses cookies to better the users experience. Find out more.