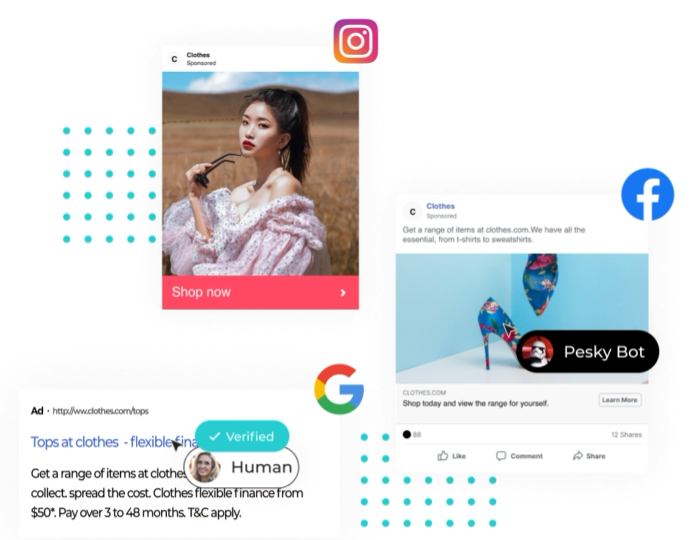 A fast growing digital performance agency that works with many well known brands wanted a solution to prevent ad fraud on their client paid search and social ad accounts.

The agency team chose Beacon as it offers automated click fraud detection and protection which requires no manual input from account managers. This frees up the team to do what they do best which is optimising client campaigns for better return on ad spend.

The trial was set up on the client’s Google and Facebook ad accounts and compared to the baseline period (detect phase), the client saw significant improvements in their campaign performance by the end of the trial.

Bot traffic can be defined as any online internet traffic that is not generated by a human. With over 50% of the internet estimated to be bot traffic, it’s clear that bots can be found almost everywhere and on virtually every website. No online ad campaign is safe from bots.

Beacon detected this bot activity on the campaigns and reduced this from 28% bot activity to 16% bot activity just 2 weeks into the trial. It will continue to learn and detect bots to make further improvements to the campaign and stop those bots from returning to waste ad spend.

The removal of invalid traffic allows for cleaner, more accurate campaign measurement and reporting, without bots skewing the data.

Ready to get started?

Beacon provides improved campaign performance across Google and Microsoft Search and Display Ads, Facebook, FAN and Instagram. It’s installed in minutes with no impact on operations or existing marketing tech.

We offer a trial period so you can assess the impact of Beacon before diving into a subscription.