Best of the Christmas adverts 2020 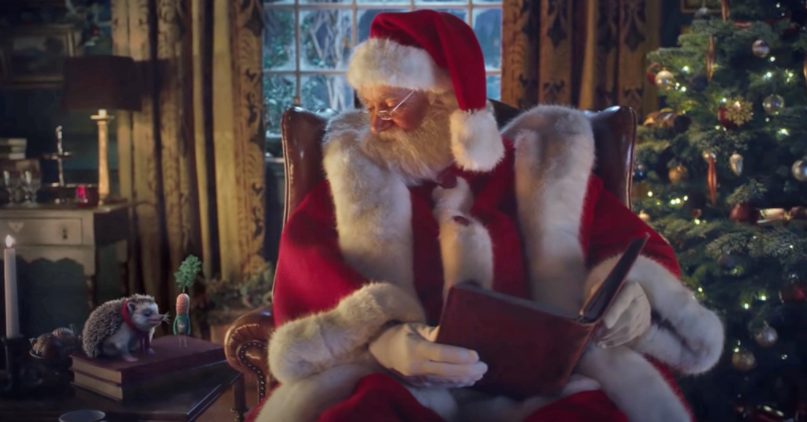 ’Tis almost the season to be jolly, and the Christmas adverts have started airing on our screens.

Christmas 2020 is going to be different, no matter what happens in the next few weeks, many people will be isolating as the pandemic makes gathering with family and friends very difficult.

Large gatherings won’t be on the cards and the usual Boxing Day Sales excitement may be very much limited for this year’s celebrations.

2020 Christmas Ads Kick off With Argos

Companies have used their festive adverts to look at different ways of celebrating the season, with lots of focus on good deeds, making memories and recalling past times.

Argos was the first retailer to launch its Christmas advert, featuring two sisters putting on a magic show and a new song from Gary Barlow. The company said it wanted to show how a simple gift can make a special memory, especially after what has been a challenging year for many.

It’s a theme of kindness, which we’ve seen throughout the pandemic from small businesses and local communities, that retailer John Lewis has used to kick off its 2020 campaign with.

Using Give A Little Love by Celeste as the theme song, the John Lewis advert celebrates kindness, whether large or small, and shows how each act of love has a positive impact on the world as a chain of good deeds runs throughout multiple diverse families.

The advert features nine vignettes with different animation styles and everything – from the claymation figures and Spikes the hedgehog, to the cardboard 222 bus to Tooting – was painstakingly made by hand as a way of supporting the Arts and Creative Industries.

John Lewis is also using the advert to raise awareness of its charity campaign which aims to raise £4m for FareShare, which helps those facing food poverty, and Home-Start, which works with parents who need support. The charities will use these donations to provide food, comfort, emotional support and advice to families who need support this Christmas.

Sainsbury’s three festive adverts focus on family connections and emotions, creating a heartfelt look at the memories Christmas brings. They also tie in to an increasing awareness of diversity in advertising as more big brands acknowledge the multicultural society of the UK.

In the first Sainsbury’s advert, Gravy Boat, home video is used over an audio call between a dad and his daughter hoping they will be able to see each other for Christmas. With a tag of #FoodIsHome the company has centred its festive adverts around the personal stories of modern British families and their connection to Christmas food.

We’re all in favour of the Radio Times round-up too, which sees Tesco’s hilarious “No Naughty List” advert coming in second to the John Lewis ad. If you’ve not caught up with this yet, you should.

As a number of people confess their “naughty deeds” while looking at some of the goodies on offer in Tesco this year, the advert highlights some of the big events of 2020, with one young lad admitting he “didn’t donate to Captain Tom” and a chorus of shocked responses. 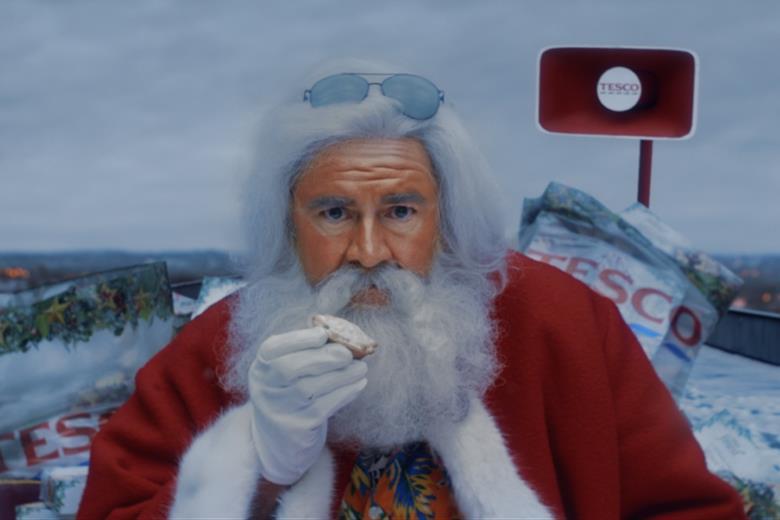 Tesco has people confessing to “bad deeds” before Santa tells them there’s no Naughty List this year.

Aldi’s Kevin the Carrot is back! For the fifth year the retailer features the character and this time round, he’s facing an epic journey to get home, having been ejected all “Top Gun” style from his fighter jet in a teaser released earlier.

Colm Meaney takes on the role of Santa Claus to help him get home in time for Christmas in a nod to the epic children’s film E.T. as he bicycles Kevin and Harry the Hedgehog across the moon before they settle down for a fireside story.

Lidl pokes fun at its rivals

Fellow European supermarket Lidl takes a tongue-in-cheek swipe at a lot of its competitors with its Christmas advert.

Coca-Cola’s advert does pull on the heartstrings, its message being about “giving something only you can give”. The fizzy drink company enlisted help from Oscar award-winner Taika Waititi for its 2020 offering.

In the advert, a dad sets off to work on an oil rig, taking his daughter’s letter to Santa.

Following an epic journey with twists in the tale, the advert reinforces the message that Christmas is about people:

“Be it in person, over an awkward video call, or just a quick message, making time for the ones you love is what makes Christmas truly the most special time of year, no matter how you do it.”

O2 runs a festive advert for the first time this year, and it features an ice skater who can’t do what she loves during lockdown. The professional skater, 10-year-old Darcy Murdoch from Dundee, is joined by O2’s brand mascot, a robot named Bubl.

For 2020, fast-food giant McDonalds uses a single mum trying to reconnect with her teenage son and features a haunting cover of Alphaville’s Forever Young by Becky Hill.

The advert is part of McDonald’s annual Reindeer Ready campaign, with the company committed to funding five million meals for charity FareShare by 2021. In addition, 10p from each download of the cover song will also go to FareShare.

And, although it’s not directly a Christmas advert, UK fashion giant Burberry really kicked off the season with its amazing Singing In The Rain reinvention on the streets of London, featuring a cast of four dancers dodging ice falls and giant snowballs as they dance to the classic track, sung by Dreya Mac.

The short film brings the 1950s straight into the 21st century with a hailstorm on London’s Petticoat Lane.

Each dancer is bedecked in Burberry’s latest collection for the spot, with Kevin Bago, Robinson Cassarino, Chantel Food and Zhané Samuels dressed head to toe in tartan and tweed.

Whether you celebrate Christmas, or one of the other seasonal festivals which occur in December:

Don’t miss out on the chance to spread some festive happiness with your Christmas marketing campaigns.

Take a look at our 5 Awesome And Easy Ideas To Help Your Christmas Marketing blog for some top tips on running a seasonal campaign.