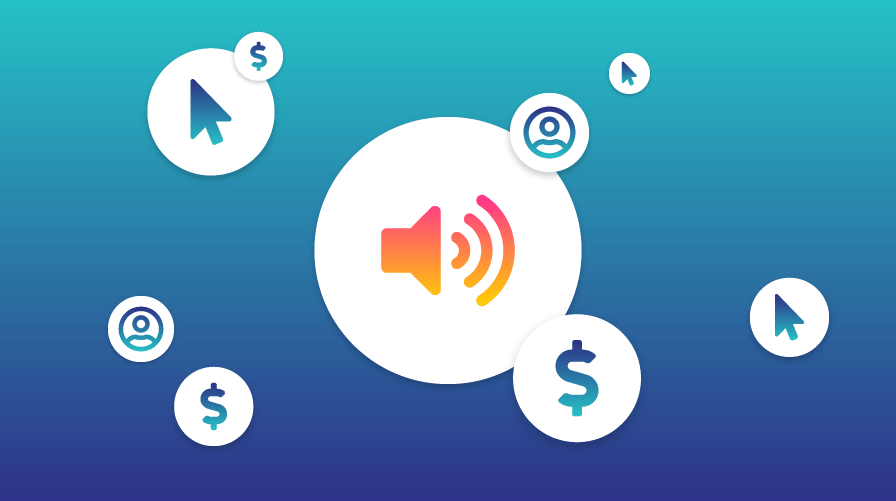 Whether you’re a digital marketer or not the chances are you’ll have used streaming media and will have been exposed to audio ads at some point or another.

So the news that Google has just released its latest ad type into beta shouldn’t be a surprise to anyone.

Known as Google audio ads, the company says the new ad type will: “Help you efficiently expand reach and grow brand awareness with audio-based creative and the same measurement, audience and brand safety features as your video campaigns.”

Also referred to as YouTube audio ads, this new ad format can be found on Google’s already huge YouTube advertising network. Music video streaming is already at an all-time high on YouTube.

According to Google, more than 50 per cent of logged in viewers who consume music content listen to more than 10 minutes per day. With this in mind, the company is introducing these new solutions so your brand can be seen, heard and recognised alongside music content.

According to YouTube’s own data, more than two billion people come to the channel each month to experience music.

For advertisers, this shift has created new opportunities to reach attentive, engaged audiences through digital music content. According to Lyor Cohen, Global Head of Music at YouTube, the pandemic has fundamentally changed the music industry forever.

With in-person concerts cancelled and venues closed, artists and fans took to online platforms. He says: “When we look at music specifically, watch time on TV screens of recorded live music performances on YouTube jumped more than 100% between July 2019 and July 2020.”

Cohen added that YouTube was seeing that advertisers who invest in music content were driving results for their brands.

He cited an example of clothing brand American Eagle using online influencers like Addison Rae to work with real people on its ‘Back To School’ campaign and creating a video directed virtually, self-shot by the cast in their own spaces, in looks they styled themselves.

This strategy led to a 23% increase in branded search and 10X lift in product interest.

One of the earliest testers was image licensing and photography company Shutterfly, which used the new ad type to create an ‘up to 50% off’ deal featuring a photo of two people dressed as chickens on a zebra crossing:

Results, say Google, were positive, driving above benchmark lifts of 14% in ad recall and 2% lift in favorability among their target audience.

During Google’s initial alpha testing of the ads, the company found that more than 75% of audio ad campaigns on YouTube drove a significant lift in brand awareness.

Audio ads are available in beta via auction on Google Ads and Display & Video 360 on a CPM basis with the same audience targeting options, bidding strategies and Brand Lift measurement capabilities as your YouTube video campaigns.

How Do Audio Ads Work?

They’re different to the ads already available on YouTube. The new audio ads revolve completely around the audio aspect. This means using limited, and simple, visual creatives. In Google’s announcement, the company described these creatives as being ‘a still image or simple animation’.

On top of these, Google is also introducing dynamic music lineups, dedicated groups of music-focused channels across popular genres including Latin music, K-Pop, Hip-Hop or Top 100, and moods or interests such as fitness.

This will allow your brand to easily reach music fans globally and drive results for your business. Music lineups and audio ads make it possible to be there whether YouTube is being watched or in the background.

You can select lineups in Google Ads that align to moments, topics, relevance, or popularity. Dynamic lineups can include seasonal events, travel, sports, media and entertainment, beauty and fashion, video games, and more.

Dynamic lineups are built using country-specific content for increased local relevance. At the moment they’re only available to companies in the following markets:

Each audio ad can be no more than 30 seconds long and is uploaded to YouTube as a normal video. The resolution can be anything from 240p to 2160p, with an aspect ratio of 16:9. There is also a maximum file size limit of less than 128GB.

Audio ads are characterised by creatives where the audio soundtrack plays the starring role in delivering your message. The visual component is typically a still image or simple animation.

The Google guidelines say if the listener closes their eyes, the audio track should tell them everything they need to know without requiring the visual information.