What impressions do you pay for in your ad spend? 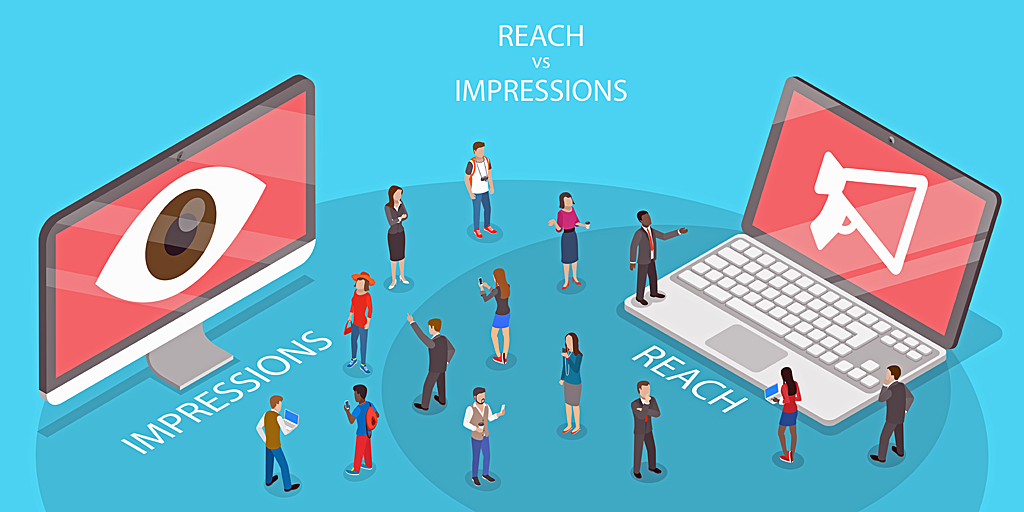 You’re probably using a mix of CPC and CPM bidding strategies across your campaigns.  You also may begrudgingly accept that not all those ad impressions you’re paying for are genuine views of your ads, so do you know what you’re really paying for in an ad impression?

When an advert loads, or is served on a page, the advertiser is charged for that impression. But the exact nature of what’s deemed an impression differs by ad channel, and Google and Facebook have a slightly different approach.

With Google ads, an impression is how often your ad is shown and the platform counts an impression each time it appears on a search result page or other site on the Google Network.

On the social media platform, an impression is counted as the number of times an instance of an ad is on screen for the first time. Impressions from certain placements are accredited by the Media Rating Council (MRC).

The method of counting video impressions differs. With the exception of ads on Facebook’s Audience Network, impressions are counted the same whether the ad contains images or video. This means that a video is not required to start playing for the impression to be counted.

Why impressions are tough to measure

The biggest issue with using impressions as a measurement metric is that they’re very difficult to accurately measure.

Just because an ad has appeared on a page, doesn’t actually mean anyone has engaged with it. A lot of people have ad blockers installed which prevent the advert from displaying but some platforms still consider the advert to have “been delivered” to the user.

On Google the platform differentiates in the following ways:

On Facebook the platform uses Gross Impressions to record the unfiltered number of times that adverts appear on-screen, including when they were shown to detectable invalid or non-human traffic that Facebook filters out.

These include both valid and invalid impressions and Facebook does not charge for these, or other invalid traffic. It considers an impression as invalid if the ad was shown to non-human traffic that it detects, or from other sources such as IP addresses associated with fraud.

You can compare impressions to gross impressions to understand how often your ads are on screen for invalid or non-human traffic. Advertisers do not pay for impressions that Facebook determines to be invalid, and invalid impressions are excluded from all other reporting.

You may be asking yourself if switching from an impression based ad campaign to a CPC one is the way to go. If you’re paying per click, you’re only paying for those that click on your ad presumably?

Of course, it’s not that simple as the cost per click adapts depending on how many times your ad is displayed before it receives any clicks. So if your adverts need more impressions for one click, your costs will rise. Then, in the case of Google ads, your CPC price is also determined by the quality score and how many advertisers you are bidding against.

The lesser known element that you’re paying for with CPC and CPM campaigns, is impression and click fraud, AKA fake clicks. Impression fraud comes from a variety of sources including:

Both Google and Facebook have processes in place to prevent obvious fraudulent clicks or bots from viewing and clicking on your ad campaigns.

There are processes to claim a Google Ads refund for invalid traffic (IVT) and some of you may be seeing automated refunds on your Google ads account for invalid traffic, but at Beacon we still see high levels of fraudulent activity on client campaigns.

Clicks and impressions that Google considers to be invalid:

The problem is that the criminals behind the bot networks are getting smarter and continually evolving their methods, so most ad platforms do miss significant levels of fake traffic or click fraud.

We typically see around 40% invalid traffic on unprotected new client campaigns, however it varies by campaign type, sector and channel.

You can incorporate a click fraud strategy into your paid media plan and use click fraud protection software to block as much of this fake traffic as you can, leading to improved campaign data and, more importantly, a reduced waste in your ad spend.

How Beacon beats the bots

Beacon protects your paid search and social from fake clicks and bot ad impressions. It uses Digital Journey Tracking to collate all visitor actions and uses this data for individual visitor behavioural and network analysis, as well as looking at dozens of parameters to perform advanced OS / device fingerprinting.

Its click fraud protection ensures that when a bot is detected, the device fingerprint is added to the Beacon unique bot protection database. This database is used to block bot impressions (for CPM) and clicks (for CPC) on your paid campaigns.

Get started with Beacon by calculating how much you might be losing on your paid media campaigns to click fraud with our new click fraud calculator.