Clubhouse – What CMO’s need to know about the app 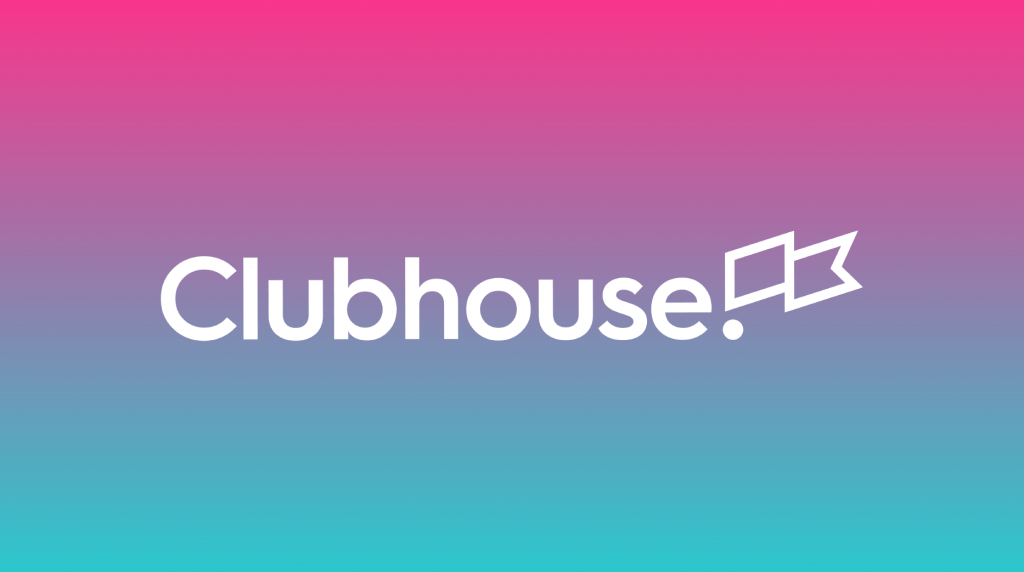 Audio as a brand awareness platform is one which digital marketers can’t afford to overlook as both Podcasts and newcomer Clubhouse continue to gain momentum.

Podcasts have been around a while. Previously known as “audio blogging”, they have roots dating back to the 1980s but they took off from 2004 and there are now more than 115,000 English-language ones available and more than two million in total on the internet.

But new kid on the block Clubhouse is rapidly rising as a popular means for like-minded people to gather and discuss everything from political trends to their latest shopping list.

And in response, other social media apps like Twitter and Facebook are releasing or looking at their own audio output with the former launching Spaces, for anyone with more than 600 followers on the platform.

This invite-only app first appeared in March 2020 and during the pandemic, it quickly racked up more than four million downloads on Apple devices. It’s been available for Android on Google Play since May 2021 and shows no sign of stopping its growth with more than 10 million users now registered.

While still in beta development, it won funding from major Silicon Valley investors and is now valued at more than $100 million.

Clubhouse operates on a similar principle to a podcast – to encourage lively conversations and debates around a variety of niche topics. As Clubhouse Founders Paul Davison and Rohan Seth have said: “The thing we love most is how voice can bring people together.

“Our goal was to build a social experience that felt more human—where instead of posting, you could gather with other people and talk. Our north star was to create something where you could close the app at the end of the session feeling better than you did when you opened it, because you had deepened friendships, met new people and learned.”

Debate is now raging over whether audio will be the next wave of social media, moving digital connections from just text, photo and video back to the “old-fashioned” voice and reintroducing a feeling of human connectivity.

According to the New York Times in an article for their Business Section: “In thousands of chatrooms every day, Clubhouse’s users have conducted unfettered conversations on subjects as varied as astrophysics, geopolitics, queer representation in Bollywood and even cosmic poetry.”

Who is on Clubhouse?

When it launched, it was marketed to the usual early adopter types – venture capitalists, digital marketing gurus, tech workers – as well as top-tier influencers, SIlicon Valley investors and industry thought-leaders.

Justin Kan, who co-founded the video game live streaming company Twitch, then sold it to Amazon in 2014 for $970 million, has used Clubhouse as a sandbox to debate new ideas.

Clubhouse also has a high profile contingent of business experts including Gary Vaynerchuk, Neil Patel, Mike Stelzner and Erik Huberman, and social media giants like Facebook’s Mark Zuckerberg have also appeared in some of the rooms as keynote speakers.

How does Clubhouse work?

There are currently three types of rooms: Open, Social, and Closed.

Open rooms are public rooms that anyone can join, Social rooms are available for people that users follow, and Closed rooms are private rooms that only specific users can join. Room topics range from business and technology to beauty and fashion, and all points in between.

Clubhouse rooms are divided into a virtual speaker’s stage and an audience: The room’s creators can pick and choose whom to allow up on stage to speak.

Each month the company changes its app icon to the profile photo of a featured user, bringing them thousands of new listeners.

The first to feature was Podcaster Espree Devora, one of Inc Magazine’s top 30 Women in Tech to follow.

Bomani X joined the app as a young musician and digital strategist looking to kill time during the lockdowns in Los Angeles. He started experimenting with music on the app, strumming his guitar in the background of conversations, and then launched the Cotton Club, a weekly DJ room on the app.

After being picked as December’s Face of the App, his follower numbers rocketed, hitting one million in January 2021 and three million a few weeks after that.

Kataoka has leveraged her art, an impressive professional network, and an intense work ethic to raise more than $100,000 in Clubhouse rooms to #StopAsianHate and, in partnership with Dr Bernice King, CEO of The King Center, has supported racial justice in a Clubhouse event named #24HoursofLove.

Are there branding opportunities for my business?

Clubhouse offers a unique opportunity to establish yourself or your brand as a go-to resource and to promote services, events and products through the platform.

Participation as a speaker

When you create a room, you automatically become a moderator for that room. As moderator, you control who comes up on stage, you can mute people, and you can give other people the role of moderator.

You can also partner with people within your industry who have a bigger following than you do and invite them into your room as a guest speaker.

But make sure to moderate it carefully.

Don’t overdo it and limit the length to something your employees would be willing to commit to. An hour is probably long enough for a relaxed session but half an hour is more feasible for a dedicated Q&A one.

As The Daily Show’s Baratunde Thurston, who hosts multiple rooms each week, says: “It’s like a super conference, because it can host any panel, any fireside, any performance on any subject. As someone who’s spoken at a lot of conferences, including Surf Summit 2013, it turns out that everybody kind of wants their own.”

“Will people from every type of community in the world want to gather simultaneously to discuss something? I think yes.”

Justin Kline, co-founder of influencer marketing agency Markerly, says: “With this model, an advertiser can view a particular room as a very dedicated audience ripe for ads and brand activations released to the room’s subject matter, knowing that everyone in the room has a vested interest in the topic and was chosen to participate in the discourse.”

One way of gaining brand awareness and helping to grow your reach is to share how your business started. Connect with your existing customers where possible and run focus groups to get product feedback.

Earlier this year Restaurant Brands International (RBI), which oversees Burger King, Popeyes and Tim Hortons, found its way onto the platform with an open forum room that gathered an audience to talk about the company’s post earnings call and which featured those companies’ execs.

Duncan Fulton, RBI’s chief communications officer, believes brands shouldn’t be sold on the idea of paid influencers or content on Clubhouse, however. He thinks it may take away from the transparency and authenticity the app’s users have embraced.

“The longer the brands can maintain that without gaming it, the longer the platform will be a powerful tool for conversations people care about,” Fulton adds.

Benjamin Shapiro, host of the Martech Podcast, believes that Clubhouse is a potentially powerful option for brand growth.

He said: “Let’s be honest, the live-streaming audio space is on fire right now. During the medium’s hyper growth phase, lots of new users are flocking to learn how the ‘next big thing’ works. Now is a great time to build an audience on Clubhouse.”

Here are some other ideas for how you can make Clubhouse work for brand awareness:

HubSpot’s Marketing Manager Chris Eberhardt said: “Clubhouse can be a good option for a company that wants to create a presence in audio but wants to avoid the saturation and production quality involved in podcasts.”

Eberhardt would recommend using Clubhouse for the following reasons:

What advertising opportunities are there on Clubhouse?

For the most part, only the most popular performers are making money on the app, by soliciting tips from fans via payment apps.

However, it can be used as a retargeting strategy you can use to target people outside of Clubhouse via Instagram, which is the platform most users favour for their communication channel for the app.

If you know you’re going to open up a Clubhouse room on a certain day and you’re expecting high levels of activity, schedule an ad to run right after and target it to anyone who has visited your Instagram profile (remember you can also use this on Facebook, see our latest blog for Facebook retargeting strategies) within a specific time period.

How you word the ad will depend on your audience and your brand “personality”. Either tie it into the Clubhouse room you’ve just hosted or use it to link to a free lead magnet like an ebook or case study.

You can also use retargeting to connect with people who send you a DM on Instagram. Use your Clubhouse room to ask people to message you on Instagram and then you can add them into your custom audience for Facebook and Instagram. Because it will be a relatively small audience size, the outlay isn’t likely to be high.

However, it’s important to remember that brands and individual business owners should focus on providing value to Clubhouse users and not be conversion-driven.

How can I get on Clubhouse?

Download the app via the Apple Store or Google Play and register your @name then you wait. The app is working its way through people who have registered their name and their interest but it may take some time.

The other option is to find out if anyone you know is already using Clubhouse. They can send out one or two invites at a time to their contacts if they’ve been active on the platform.

The app is currently in beta for Android users, so uptake is slower than on an iPhone or iPad. It  currently supports Android devices using Android OS versions 8.0 and above.

New Users have access to an Orientation, held by the creators every Wednesday at 6pm Pacific Time (GMT -7) where they give users a tour of Clubhouse, share some best practices and answer any questions.

Find out more at the Clubhouse Knowledge Center.