In 2004 Google’s CFO George Reyes said that fraud is the biggest threat to internet economy and in the current day, shockingly, ad fraud is so big that it’s now overtaken credit card fraud.

Don’t be mistaken for thinking that it doesn’t affect you. Whether you’re a marketer running digital campaigns for an enterprise, SME or small business, advertising fraud is eating away at your budget. 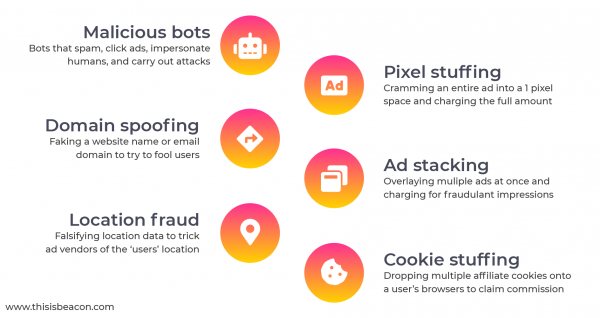 We explain the main types of advertising fraud you are likely to encounter in digital advertising.

Less than 60 percent of web traffic is human

This is also something which Max Read covered in a 2018 article for the New York Intelligencer which contains the staggering statistic that “less than 60 percent of web traffic is human”:

Which channels are affected by ad fraud?

$1.6 billion was exposed to app install fraud in H1, mostly in APAC. Finance is the most exposed vertical, with 40% of overall exposure — a staggering $630 million. Bots are the most common form of app install fraud across all regions.

How much is fraud costing advertisers?

Ad fraud costs all businesses, large and small, that spend money on online advertising. Whether you’re an advertiser spending £1k a month or £100k a month, advertising fraud will be affecting your campaign performance and ROI.

According to research from IAB UK, £7.3bn was spent on display ads in H1 2019 and they estimate at least £23 million of that UK spend was potentially intercepted by fraudsters.

Prof. Roberto Cavazos, economist at the University of Baltimore, said “the level of ad fraud is now staggering. The digital advertising sector has higher fraud rates than multi-trillion-dollar sectors”

Only 12% of Ad Impressions can be matched

The advertiser-funded Programmatic Supply Chain Transparency Study found that only a fraction (12%) of 267 million ad impressions, paid for by brands to be served on publishers’ websites, could be accounted for or “matched”.

A series of Tweets from Aram Zucker-Scharff about how the commonly used online metrics are inherently fake, an ‘Emperor’s New Clothes’ if you will, and that adtech companies and marketing agencies know it – but are failing to act.

70% of your marketing budget could be being lost to bots

Also leading to a claim that up to 70% of your marketing budget could be being lost to bots, written by SmartyAds CEO Ivan Guzenko in a piece for Entrepreneur:

The Drum, Europe’s biggest marketing website, is a frequent contributor to articles about Fraud in the ad industry and this piece highlighted the moment experts warned the total amount of money lost could top the $30 billion point:

China accounted for the largest share of known ad fraud, at 18.7 billion dollars, while in comparison, the rest of the APAC region incurred costs of 231 million. Japan was reported not to have any instances of ad fraud. 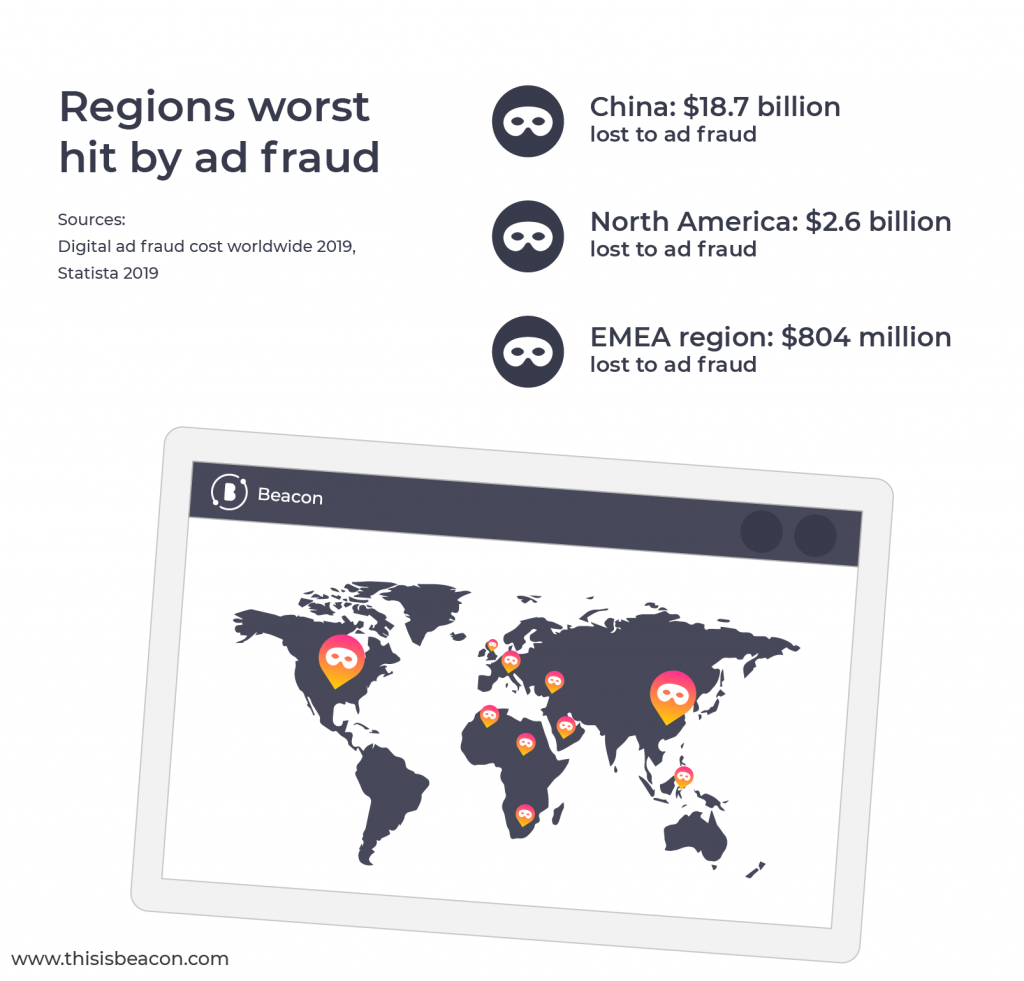 A landmark study from the ISBA (Incorporated Society of British Advertisers) – in association with the Association of Online Publishers (AOP) and carried out by PwC – marks the first time that programmatic advertising supply chains (how advertisers and publishers are served by the programmatic ad delivery system) have been mapped from end-to-end, anywhere in the world.

Ad fraud is run for criminal intent, for the purpose of generating money, and generally it is run by large criminal organisations.

Digital advertising fraud is a low risk / high profit crime which is what makes it so attractive to fraudsters. The proceeds often fund organised crime such as child sex exploitation, modern slavery and human trafficking.

Click farms are where teams of real people are clicking on ads or installing apps thousands of times over and interact with them in bulk. Here’s a fun video about click farms in China and how they are changing from machines to humans.

This Podcast with Dr Augustine Fou goes through some of the myths and misconceptions that marketers have about Ad Fraud including those about fraud detection.  Be prepared to be surprised at the level of fraud:

For a visual representation of the problem of ad fraud, we’ve put together a detailed click fraud infographic. 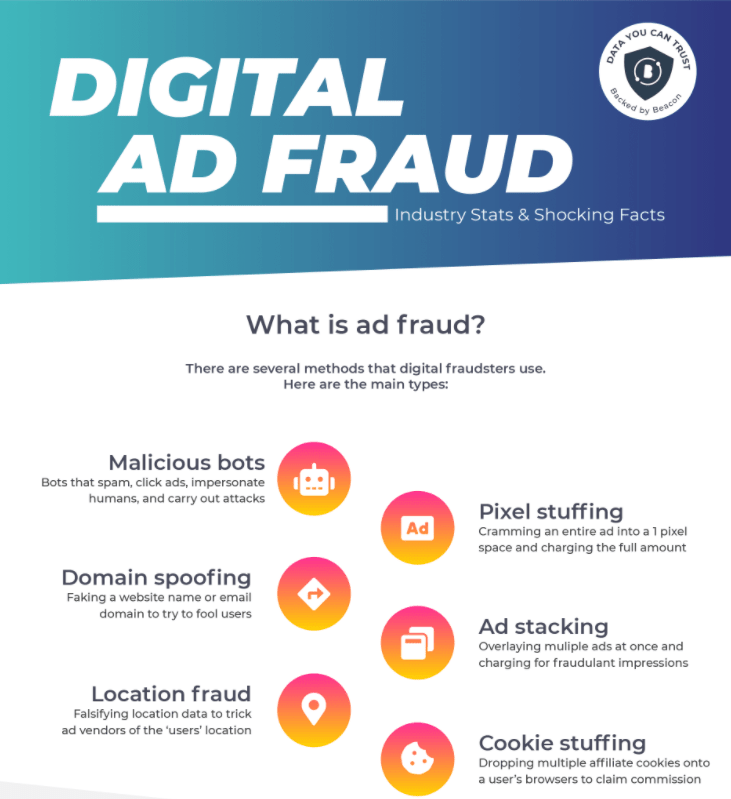