If you carry out any form of digital marketing you cannot afford to ignore the impact of Ad Fraud.

According to Marketingdive: “Global consumer products companies waste roughly $50 billion, or more than half, of their collective investments in digital marketing and trade spending.”

What is Ad Fraud?

Essentially Ad Fraud is any attempt to defraud digital advertising networks for financial gain. Scammers and criminal gangs frequently use bots and click farms to carry out Ad Fraud, but they’re not the only methods.

Ad Fraud using bots is typically referred to as Click Fraud and is common in the following types of digital advertising:

It acts as a mediator responsible for introducing the right impression to the right buyer. It partners up with publishers (supply-side) and advertisers (demand-side) to help them reach their ad campaign goals.

Ad servers are responsible for making instantaneous decisions about what ads to show on a website, then serving them. On top of that, an ad server collects and reports data (such as impressions, clicks, etc.) for advertisers to gain insights from and monitor the performance of their ads. 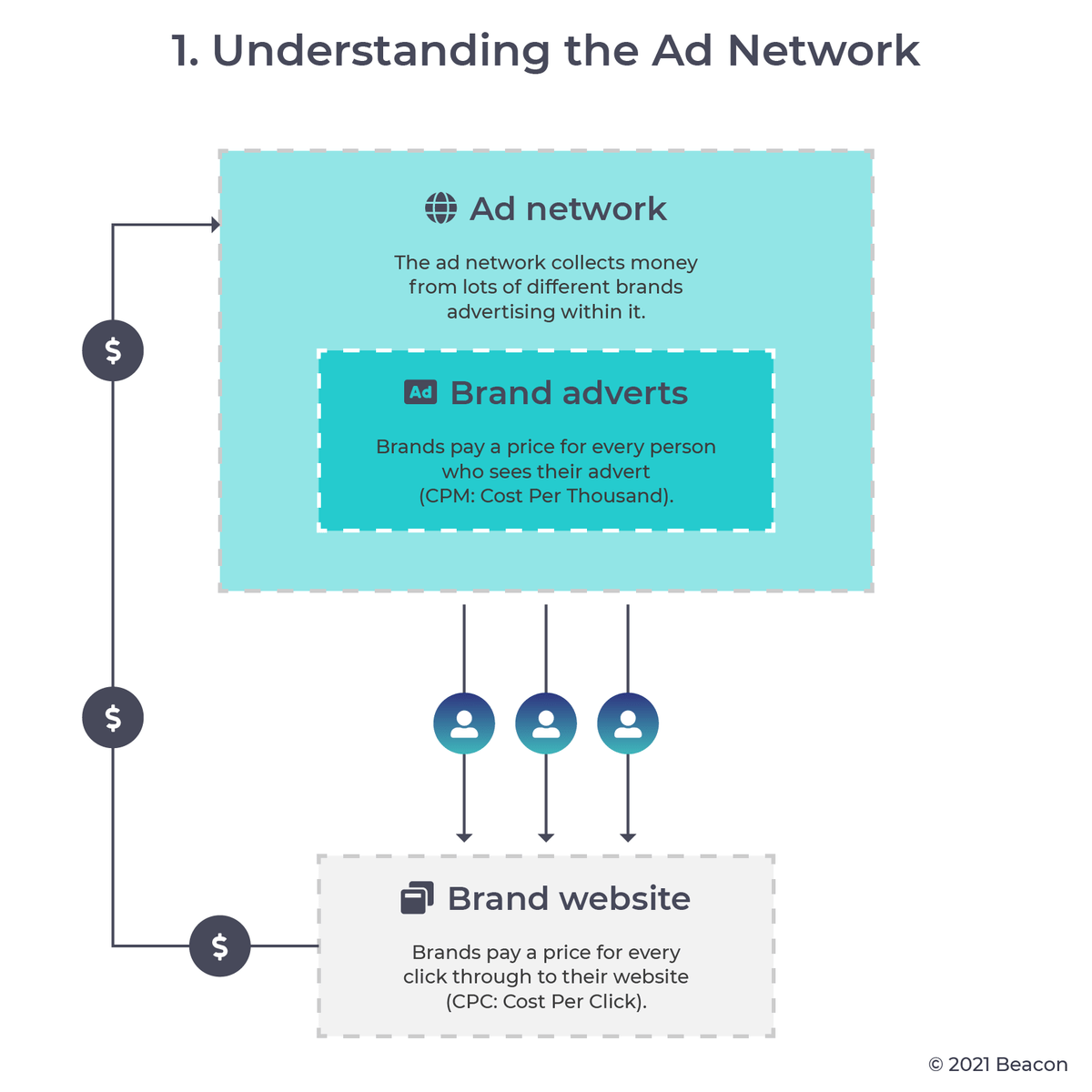 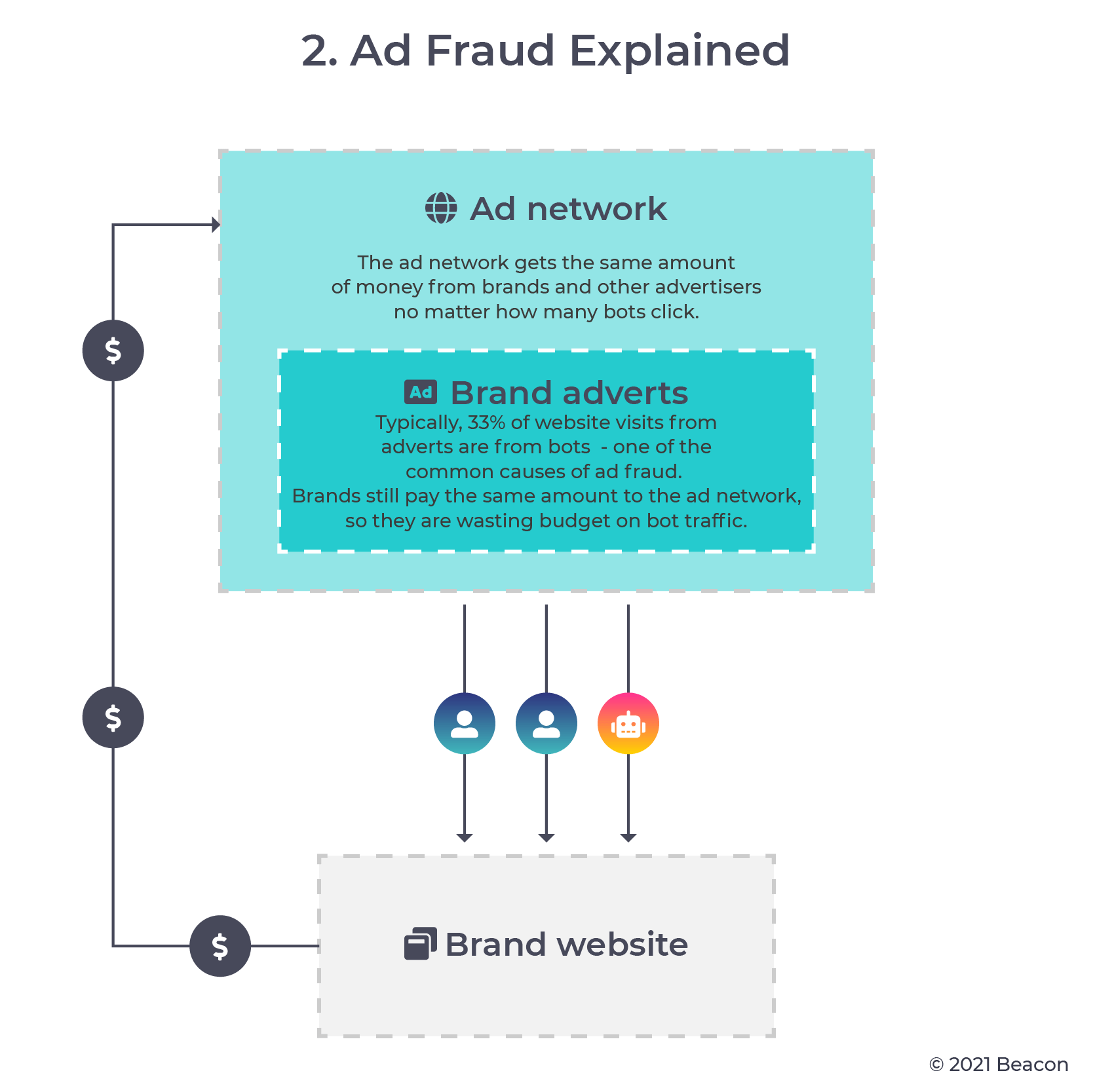 Fraud on the ad networks via fake clicks aren’t the only type of Ad Fraud, however. Criminal gangs and cyber fraudsters also use the following five methods: 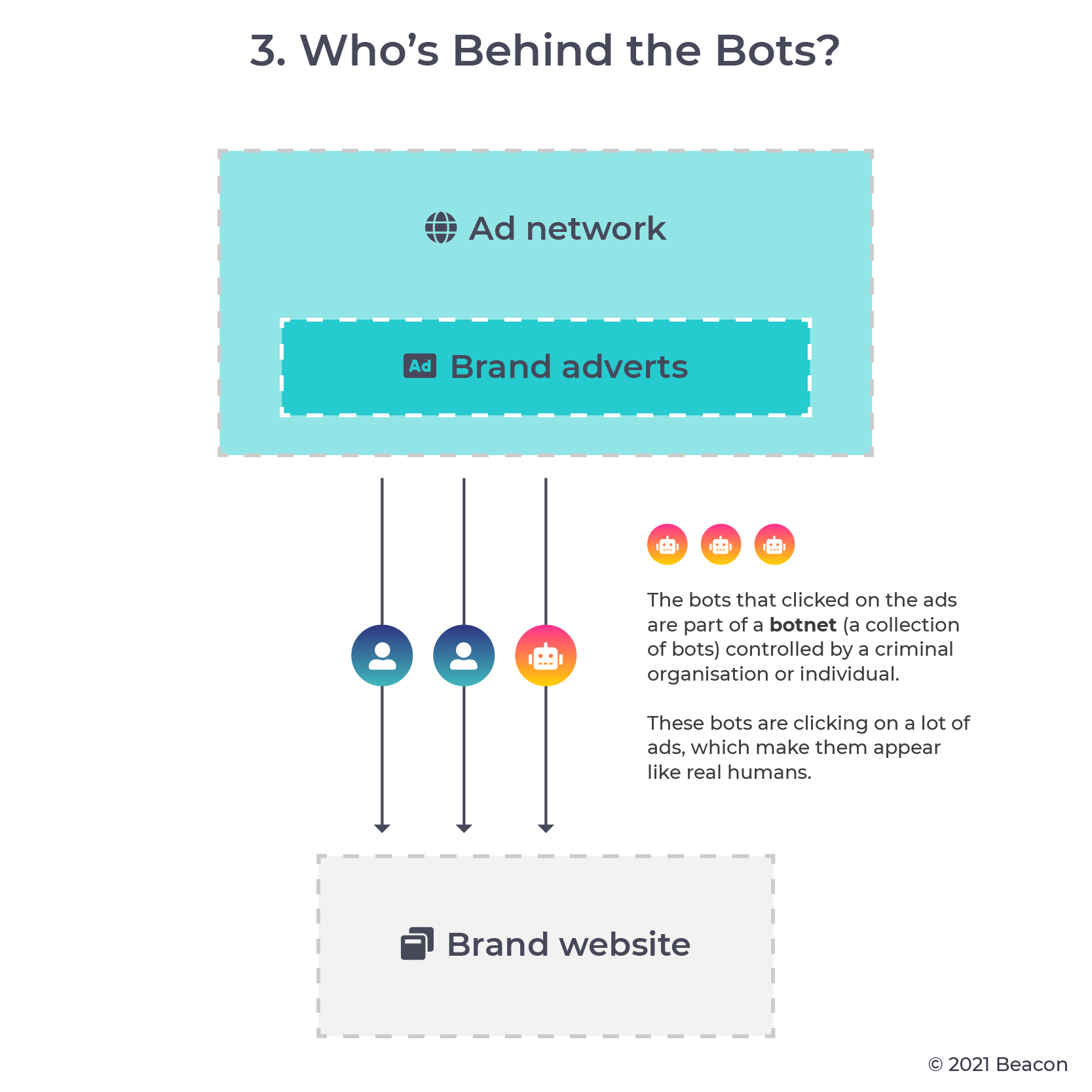 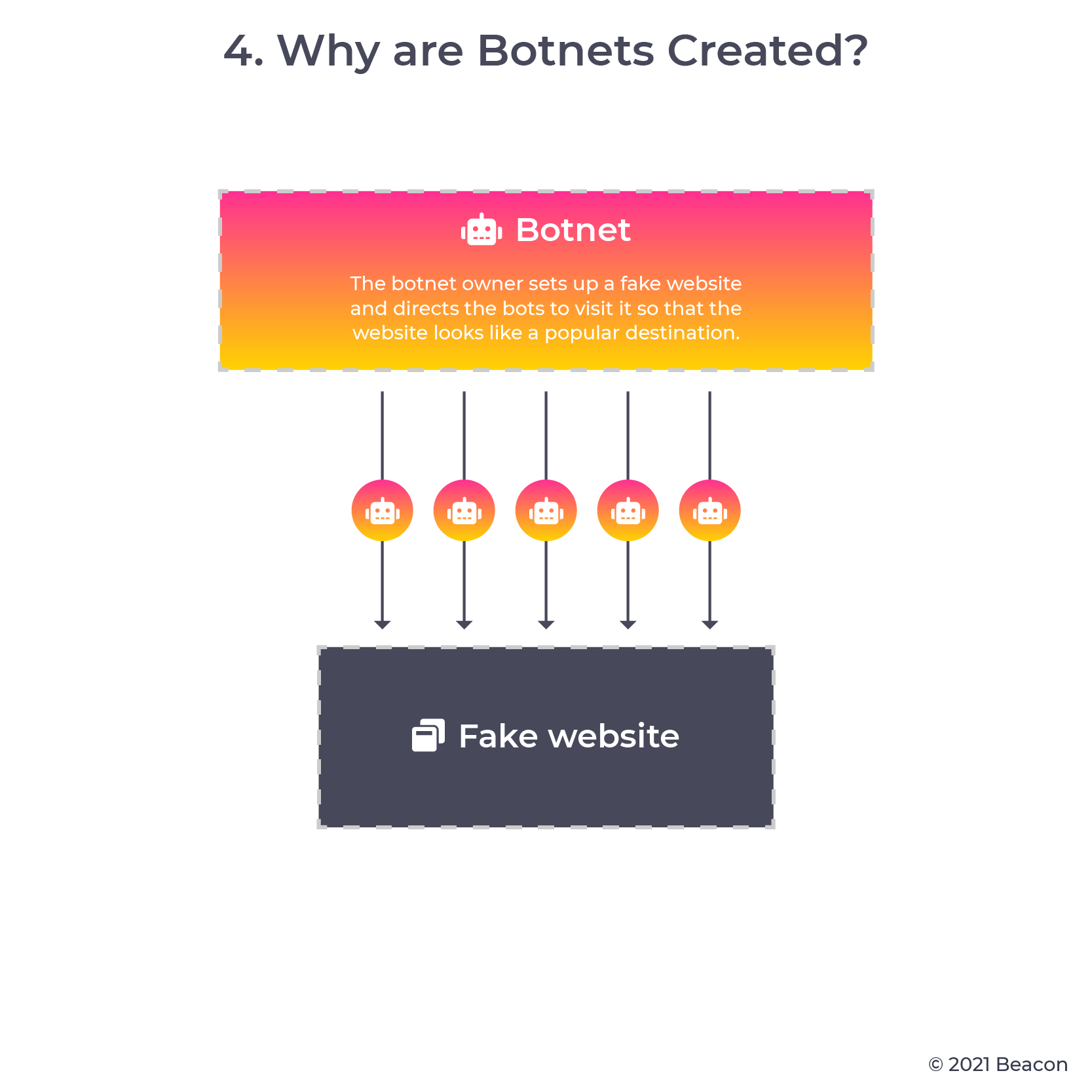 This fake website now looks like it’s genuine, receiving high volumes of traffic from thousands of real people. Marketers want to place ads on the website because they believe their products and services will be seen by thousands of potential customers. 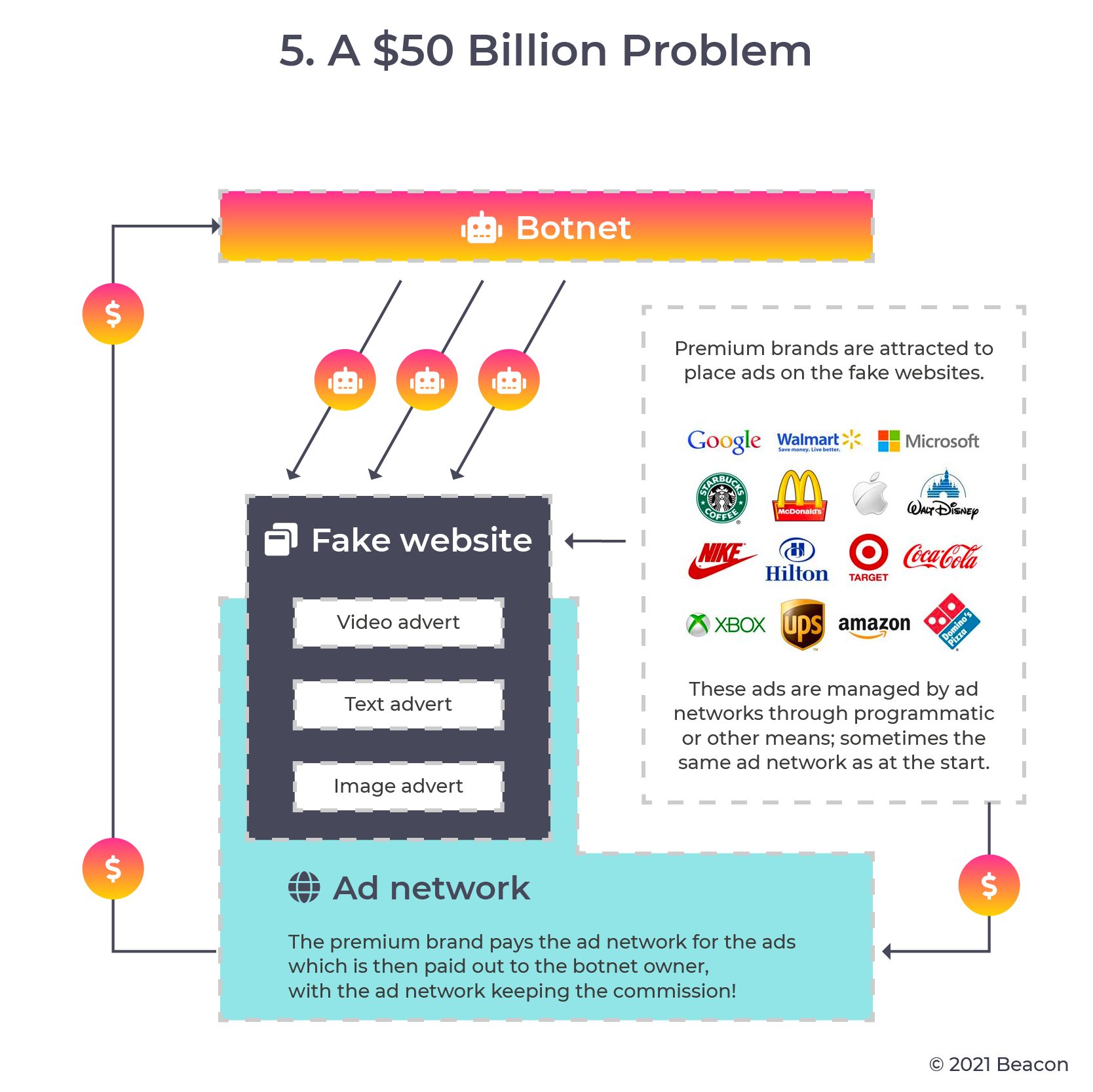 Who runs the Ad Fraud schemes?

What can you do to mitigate against Ad Fraud?

Be aware of the problem. Then ask yourself three simple questions.

What percentage of internet traffic is fake?

What percentage of traffic on your digital marketing campaigns is fake?

Who is responsible for monitoring and preventing fake traffic in your organisation?

Here is the conservative answer to the first question.

40% of all internet traffic originates from non-human sources.

This is nothing new either. Fake traffic has been a problem for almost a decade. Back in 2004 Google’s then CFO George Reyes said that fraud was the biggest threat to internet economy and Ad Fraud has now overtaken credit card fraud.

It is important to acknowledge you are not going to be able to completely remove all bots from your campaign traffic, but you can take steps to reduce the impact on your budget.

Tools exist which use machine learning to judge user behaviour against a  baseline and they then identify the “users” which are likely to be bots based on intelligent data.

They can then be filtered out of your digital marketing activity, along with the more easily spotted malicious bots, while allowing actual humans and good bots (spider search engines and similar) to continue interacting with your website as normal.

Terminology referenced in this article